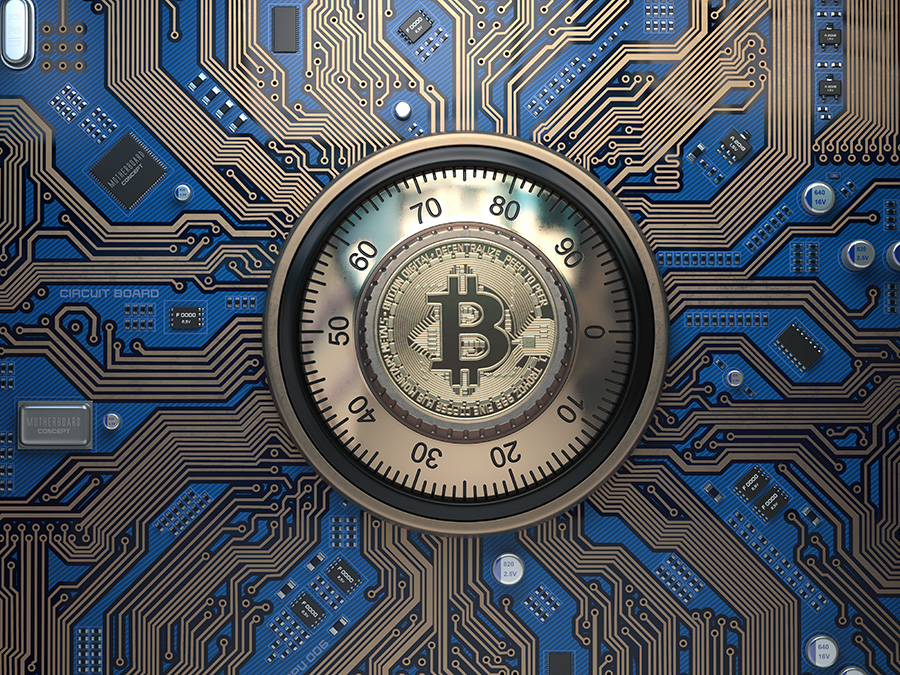 The views expressed are those of the author and do not reflect the official policy or position of the Department of the Army, Department of Defense, or the United States Government.

In information warfare, data, and the way it is expressed is power. The more you have of it combined with an ability to collect and control it, the more influence you may possess over a target audience. Despite rapid modernization in data gathering and analyzing techniques, little has been said about weaponizing data that holds financial intelligence value and the ability to manipulate it to attain informational advantage. Therefore, it is necessary to understand how cryptocurrency transactions could serve to deceive an adversary, and to evaluate the strengths and weaknesses in employing the transactions in informational warfare.

Decentralized virtual currency is that which is not regulated or owned by a single authority.iii Its form is structured upon a public, immutable ledger that allows for honest exchanges between two or more parties without the need for a bank or intermediary to verify the transfer’s integrity.iv

Blockchain technology mathematically ensures that the agreed-upon value between parties transfers from the tail of one’s immutable ledger to another.v If, however, a party uses the same public ledger in multiple transactions, the aggregate of its transactions over time could reveal patterns meaningful enough to create a signature.vi The ability to track and follow ledgers by their signatures is known as traceability.

Convertible virtual currency is that which can be exchanged for a fiat currency tethered to a soverign nation’s central bank.vii By possessing this convertibility characteristic, the extrinsic value held by cryptocurrencies can be readily withdrawn as government-issued currency from a broker based on market forces at the time.viii As a result, this type of currency can retain the same weight and legitimacy as that of fiat currency. Therefore, if the market continues to operate in fiat currency and society continues to invest in convertible virtual currencies, cryptocurrencies will hold an indisputable value that can be withdrawn as cold, hard cash.

In possessing both decentralized and convertible qualities, cryptocurrency transactions generate opportunities to influence an adversary’s decision-making process by manipulating the financial intelligence they emit. The intel the transactions offer is attribution and intent – two of the most sought-after intel requests in any defense organization. Cryptocurrencies can suggest attribution by controlling the traceability of its transactions, and they can communicate intent since their extrinsic values can be exchanged for fiat currency if desired.

The extent to which someone deceives another through financial intelligence manipulation is grounded in the consistency of signature engagement and the amount of money appending to the blockchain. Frequent engagement with the same signatures and hefty financial value appendages become increasingly difficult for intelligence gathering entities to either overlook or ignore, and thus provide the opportunity to influence the thoughts and plans of an adversary.

Attribution to cryptocurrency exchanges can be as transparent as hand-written checks. If an actor wishes that an adversary know the parties of a financial exchange, the actor can self-attribute to transactions by:

In operations where the goal is to gain informational advantage, it is likely that the actor manipulating a cryptocurrency transaction will try to land somewhere in the middle of the attributional spectrum between traceable and traceless. The actor will choose to do such because it allows the transaction to hang just below the adversary’s “declare-war” tripwire all the while pushing the adversary to receive the message and intent in the actor’s strategic signaling.

A second weakness lies in the criminal stain upon cryptocurrency’s use. If transactions are not realized by timely, security-related acquisitions, they could be misperceived or declared as having malign purposes. The threat of potential criminal accusations in addition to the normative challenge of employing a financial medium associated with illicit goods, services, and financial practices may be deemed an insurmountable risk for actors who seek to uphold rule of law and values of transparency and fairness.

The intelligence exposures of uncoverable attribution and intent that are innate to all cryptocurrency transactions could serve as a powerful deception means in informational warfare. However, it is vital that the craft by which its transactions are carried out have specific intended effect on an adversary’s decision-making process and that the adversary has the ability to process the intelligence. Without either of these conditions, actors will either waste operational resources or be unable to determine if the adversary detected the effort.

If, however, both conditions are met, an actor could signal posturing or deterrence messages to the attacker by moving large sums of money through ledger signatures that suggest attribution. With successful signaling, the actor could feign his target to believe in a build-up of defense assets or security efforts in areas where there is not strategic significance. Conversely, the actor could signal his enemy to acknowledge defense build-up in areas where there is strategic significance, thus seeking a deterrent effect.

In summary, intelligence leaders may want to consider the use of cryptocurrency transactions as weapons of informational warfare to deceive or signal to an adversary, or a means by which to be deceived or signaled. With swelling investment in today’s most popular cryptocurrencies, it is not unlikely that the use of Bitcoin and altcoins begin to seep from the hands of alternate currency enthusiasts into the arsenal of modern warfare leaders.

1LT Lexie Johnson serves as a Cyber officer in the United States Army. She graduated from the United States Military Academy in 2018 with a double-major in International Relations and Russian Language. During her time at the Academy, Lexie and her USMA Cyber Policy teammates won two international Atlantic Council 9/12 Cyber Policy competitions, and Lexie was bestowed the inaugural Excellence in Cyber Statecraft award from the Institute of World Politics. In the year following West Point graduation, Lexie studied as an Anna Sobol Levy Fellow at the Interdisciplinary Center in Herzliya, Israel where she obtained a Master’s degree in Government with a focus in Counterterrorism and Homeland Security.

Department of Defense, “Strategy for Operations in the Information Environment,” June 2016, p. 2.

v United Nations Office on Drugs and Crime, “Basic Manual on the Detection and Investigation of the Laundering of Crime Proceeds Using Virtual Currencies,” June 2014, 32.

viii Nonconvertible virtual currencies, also known as “closed” currencies, are bound by the realm in which they are created and redeemed. A well-known example of nonconvertible virtual currency is the gold in World of Warcraft, where the use of the gold is limited to the rules established by the World of Warcraft owners and therefore restrained to the realm in which the rules apply. A player cannot exchange his World of Warcraft gold for fiat currency that is government-regulated. However, it is possible to transfer the value of fiat currency to World of Warcraft gold through officially-sanctioned gift cards and legitimate credit card purchases. Financial Action Task Force, “Virtual Currencies: Key Definitions and Potential AML/CFT Risks,” June 2014, 5.